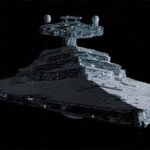 aka What's it to you?

Hello, <insert name here>! As you probably know, my name is Trainferry88.

To make a long story (A ten year story) short...

I was born in Chicago, Illinois, USA and moved to Iowa when I was two. I lived there for six years, then moved to Florida when I was eight. There, I discovered wikia. At first, I only looked at canon wikias studying and studying facts ( I have a photographic memory). I liked looking at Canon wikis, but i longed to write my own interpretation of canon events, called fan-fiction, or fanon (I know this sounds kind of like a drama play or an opera, so I'll try to hurry it up). Then, I discovered a major breakthrough in my life: The Fanon Wiki. The first fanon wiki I edited on was the TUGS Fanon wiki. Then I began editing on the thomas the Tank Engine, or TTTE Fanon. By that time I barely knew what STAR WARS was, and had never gotten interested. When my friends asked me to play Star Wars with me, I couldn't answer, and they taught me the basics of it. I became interested, and by this time I know double the information about Star Wars than they do. I made an article on the Indiana Jones Fanfiction Wiki, and then switched my main editing wiki to star Wars Fanon. I have watched every single movie at least ten times, and I am a fan of the Clone Wars series on Cartoon Network.

Retrieved from "https://swfanon.fandom.com/wiki/User:Trainferry88?oldid=787380"
Community content is available under CC-BY-SA unless otherwise noted.