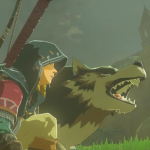 Rise of the Empire era

So I have as my main characters, a delusional Jedi, his fearful apprentice, a suicidal ARC trooper with depression, a one-armed clone with permanent toothache, and one who got both his legs blown off. And no, I'm not a psycho. Want some tea?— Ocarina attempting to explain her Clone Wars fanfic

Greetings, <insert name here>. I was named after a legendary musical instrument and a book by Ray Bradbury; but you can call me Ocarina, Oca for short, or Aroa (the nickname of my main roleplaying character, whose infobox can be found to the right.) I write Clone Wars and Rebellion era fanfictions and give my characters far more development than they deserve. Other interests besides writing and drawing include reading, gaming, RPing and LARPing, horseback riding, swimming, messing about in boats, and dueling with wooden swords. Really into epic music and video game soundtracks (Zelda and Halo mostly.)

Favorite Star Wars author: Timothy Zahn is amazing. I also sympathize with Karen Traviss and Dave Filoni, who had great ideas and characters but fell too much in love with them and sometimes lost all sense (leading to acute attacks of the cringes. . .) That said, I am shamelessly in love with Star Wars: The Clone Wars and the Republic Commando universe.

Retrieved from "https://swfanon.fandom.com/wiki/User:Ocarina451?oldid=1163878"
Community content is available under CC-BY-SA unless otherwise noted.