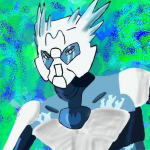 Here's some facts about me:

2. I'm a High Schooler with a pp, which makes me male, and by that you probably think I'm a homophobe, because I kind of am, yet at the same time not, so yeah.

3. I love the Clone Wars era of Star Wars. Everything else seems boring--no offense George.

5. I've been to Galaxy's Edge once, and built a lightsaber at Savi's Workshop. I have a yellow and green Kyber crystal for it.

8. All designs for the clones seen in Revenge of the Sith are so cool.

10. The Mandalorian show was doodoo.

12. I've been wanting to write down a fan fiction that is about ARC Trooper Hammer and where he and Blitz went after the Third Battle of Kamino. I think that the Theed clones seen in Battlefront II could be a part of Rancor Battalion and that it would make sense for Hammer to be their captain.

Retrieved from "https://swfanon.fandom.com/wiki/User:Lm95dood?oldid=1141120"
Community content is available under CC-BY-SA unless otherwise noted.