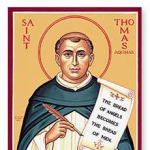 Man, this background is annoying.

Hello, I am Darthtyler. I am an Eagle Scout in Boy Scouts of America, and I enjoy writing, reading, drawing, and fencing. I also have interests in philosophy, especially philosophy of religion, where I am a Catholic Thomist.

See here for my awards.

I haven't been on here in forever. And I know no one will read this. But I want to rant.

Back in the good old days, when the community of this site was small and everyone knew each other on a "personal" basis (I guess), I found this site extremely enjoyable. In fact, I would look forward coming home from school just so I could write my own Star Wars adventures and characters. And there was a great community to help me and guide me. Among them of course, was my friend Troyb. Of course there were disagreements here and there, but overall I found the site comforting, I would come on Star Wars Fanon just to escape the actual world and join the Star Wars universe.

I really don't know when it began. Even as my maturity progressed and I found some of my articles to be ridiculous or just plain stupid, I still loved the site. My flagship article Darth Tyler never becoming Featured Article bothered me, but not really that much. It was the overtaking of this site by people who thought their stories should take precedent over other's, and that only they could decide which articles were great. There were so many attempts to create special elites that could pass FAs and GAs, etc., and only they could crush legitimate community groups, like the clans. The clans did absolutely nothing wrong. It was just a damned community organization. But that's not my point.

This site was no longer my escape from the world. My articles were ridiculed and attacked, all under the supposed disguise of "constructive criticism," which people loved to throw around when a writer disagreed with their views on diction or concept. Either you agreed with their viewpoint on how they think your article should be written or construced, or you're an immature seven year old with anger management issues and can't take criticism. Even if your viewpoint was legitimate, they'd find some way to form a special group that could easily crush whatever you had formed or written.

Frankly, that's why I'm done with this site.[1] Have fun.

Retrieved from "https://swfanon.fandom.com/wiki/User:Darthtyler?oldid=874504"
Community content is available under CC-BY-SA unless otherwise noted.