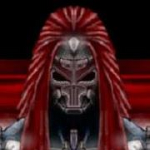 "The force is strong in this one." - Darth Vader

Yoda and Obi-Wan walked into a bar and bought a 5 credit drink. Yoda, seeing that he only had 4 credits asked Obi-Wan, "Have a credit do you? A little short I am." - Squidoo.com

I live in Memphis,TN and just graduated from college for the second time in May 2012. I grew up in the 1980's, so I was around Star Wars a lot as a kid. I had the toys and all of the things that are collector items now, but I didn't know much about it back then. I didn't really become a "fanboy" until the early 90's. When Lucasfilm released the re-mastered versions of Episodes IV-VI. I was hooked then, but was even more so after the special edition versions of those same 3 movies were released. I began reading Star Wars novels and comic books. My friends and I even began a small Star Wars: The Role-playing Game group. I went and saw Episodes I-III on opening night, simply as a matter of principle. I'm a big believer in the movies and giving a visual account of the stories for Star Wars. That's kind of how I go about my fanon. I see it as an image or being acted out first, then I try to put it into words or design an image that would fit it. I'm actually working on my first Star Wars novel and I'm currently trying to get a prologue together to post on this website. If you're curious about the book, just want to talk, or even give suggestions, then feel free to post a message on my talk page.

-This list is a work in progress. My previous collection was destroyed by water damage.