Chievvak was more of a campaign than a true battle, however, the history books simply remember it as one of the longest consistent fleet engagements in Odestrian historyBattlemaster Carlyle Durmont

The Battle of Chievvak, also known as the Chievvak Campaign or the Long Engagement, was the longest battle in the Great Imperium War. The battle ran from the Fence invasion of the Chievvak subsector in 3973 BBY all the way until Fence naval power was driven from the sector during the push to Barakua in 3968 BBY.

The battle of Chievvak placed the bulk of the Fence Battlefleets against the near full power of the OdestraNav and the civilian shipping of TroiSec corporation and other independent merchant ships.

With the removal of the Fence's industrial might, the Imperium began to rely more and more on the mineral deposits and shipyards within the Chievvak subsector, in order to get these to Odestria, many ships used the Rexinov hyperway as a means of quick travel to the capital. It was the plan of the Confederate command to blockade the hyperlane in order to effectively split the Imperium in half as well as block the ability to gain minerals and war materials from the rich planets of the sector. 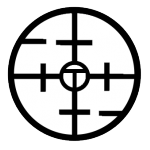